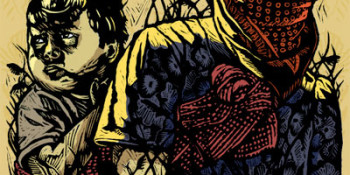 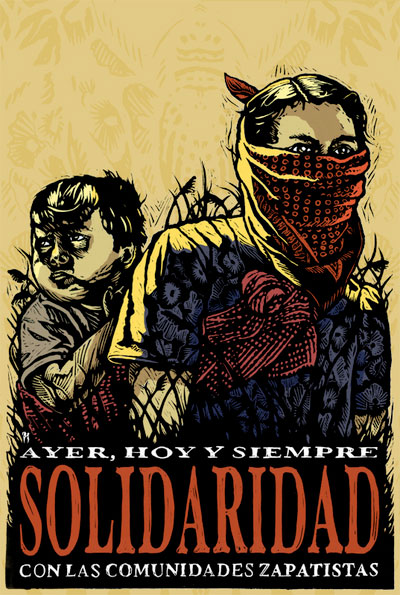 The Zapatistas presented themselves to the world on January 1, 1994, though the roots of the rebellion can be traced back 500 years to the European invasion of the Americas. During those five centuries, indigenous communities lost control of historic lands and were often forced into various forms of slavery and/or virtual slavery. Many rebellions occurred during this period, making the Zapatista uprising part of a long history of struggle and resistance. By the late 20th century, indigenous communities in Chiapas lived on the most marginal and isolated lands in the state. High levels of poverty, and lack of health care and education plagued the communities. The Zapatista uprising was a direct result of these conditions.

The Zapatista movement finds its modern roots in the historical context of the last half of the 20th century. Mexico’s “dirty war” turned many young people away from establishment politics and toward open rebellion. This was particularly true of the Fuerzas de Liberacion Nacional (FLN) and several Maoist groups that sent cadre to work in indigenous communities in southern Mexico. Simultaneously, the Catholic church was involved in a social awakening inspired by the “preferential option for the poor” of the Vatican II conference. Indigenous deacons under the direction of Bishop Samuel Ruiz spread a gospel rooted in a combination of Catholicism and indigenous beliefs. But most of all, the rebellion came out of the indigenous communities themselves. Tired of generations of abuse, mired in a crisis that combined land shortages with lack of economic opportunities, and seeing no political resolution, indigenous communities organized the Ejercito Zapatista de Liberacion Nacional (EZLN) in the mid 1980s. …more