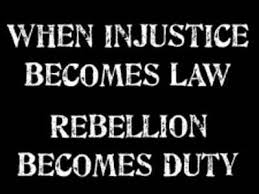 Bahrain Human Rights Observatory (BHRO) regrets the insults and the inappropriate treatment to which the lawyers are being exposed before the criminal courts by some members of court panels, which has reached levels that necessitate a strong stance by the Supreme Judiciary Council to restore the lawyers confidence in the judiciary System.

Many lawyers were thrown out of court halls. Among whom were lawyer Abdulla Zain ulddin, lawyer Mohsin Al-Alawi. Many were also insulted and stopped by policemen who outnumber judges and litigants in criminal courts.

Lawyers who are attempting to perform their duties and enter some courts are impeded by police through placing blocks that prevent movement from one court to another, or by locking the court doors after the judge enters, regardless of the fact that lawyers may go back and forth to the same court for more than an hour waiting for sessions to be held. What is worst is that lawyers are being constantly stopped and impeded by policemen when they move between various court halls. Police men go as far as using force to deny lawyers access to courts and even interfere to evict them from courts.

Most of lawyers in criminal courts has reached a high degree of desperation because they are unable to provide the minimum levels of defense guarantees and fair trials, especially as police and public prosecution are not allowing them to attend interrogations of political prisoners, and judges are refusing any serious defense or even listening to the prisoners, checking torture marks or even talking about torture or investigating it. Lawyers do not see any real desire on the part of judges to listen to their request, thereby rendering their job in defending prisoners in political cases to become a mere make – believe defense and a psychological support for the prisoners. Cases in which the accused are opposition supporters take several days or months before a verdict is issued.

It has also been noticed recently that various courts have reached a level that they openly protect prosecution witnesses (mainly policemen) against questioning by lawyers, and exceeding that, to answering for them or refraining from putting any questions to them. Lawyers have even learnt that prosecution witnesses are being allowed access to case files before being questioned thereby rendering the questioning of any security officer futile. This has created a conviction among lawyers that some judges have developed a negative attitude towards all political prisoners, and trials are being held hastily without complying with the simplest rules and articles of the Criminal Procedures Law, such as formally charging the accused, interrogating, allowing for their examination by a forensic doctor, interrogation of prosecution witnesses or displaying or examining the evidence or even listening to denial witnesses. Even written defense may not be submitted. It has been noticed that many political cases have been held for verdict without presentation of witnesses or written defense.

On the other hand , the Public Prosecution, and the courts often rely, in cases where the accused are from the opposition, on two types of evidence in pleas, namely confessions and police statements from secret sources. Although the report by the Bahraini Independent Commission of Inquiry formed by an order of the King had pointed to the necessity of reversing the burden of proof of torture, once the accused claims that he has been tortured, i.e the accusing authority shall have to prove that the statements by the accused were made out his own free will without any material or spiritual coercion. This is the established practice in the criminal jurisprudence and judiciary, but the courts and the Public Prosecution are still relying on this evidence. As opposed to this the Judiciary and the Public Prosecution are wasting even the material evidence if the accused was a member of the security apparatus, an influential figure or associated with the regime.

Bahrain Human Rights Observatory has documented the practices and blatant violations of the Constitution of Bahrain, (article 105/c of which stipulates that “court sessions shall be open save in exceptional cases specified by the law”. Article 3 of the Judiciary Brach Law also states that “court sessions are open unless the court decides to hold them closed in consideration for public order or public morals”. Article 214 of Criminal Procedures Law stipulates that “The session must be open, and the court may, in consideration for public order or to protect public morals, order that the case in whole or in part be held in a secret session, or to deny certain groups access to the court session”. This means that the rule in both the Constitution and the law is the openness of court sessions and they may not be held secret, unless they include anything that contravenes the public order or morals).

Whereas article 14 of the International Declaration For Human Rights stipulates that “people are all equal before the judiciary, and every individual has the right, when accused in any criminal charge leveled against him or in his rights and liabilities in any civil lawsuit, to have his case adjudicated fairly and openly by an independent neutral competent court, formed in accordance with the law.

Article 14/3b of the International Convention also stipulates that “Any person accused in a crime shall, at the time of adjudication of his case, enjoy in complete equality, the following minimum guaranties: (b) To be given sufficient time and facilities to prepare his defense, and to contact a lawyer of his own choice”. Article 11/1 of the International Declaration stipulates that “Any person accused of a crime is considered innocent until proven guilty by law in an open trial in which all the necessary guaranties are provides to him to defend himself”. However, all these guaranties are being wasted and disregarded, and the courts rule against any person accused in a political case without examining the confession or prosecution witnesses, especially secret detections and sources. Lawyers are not given the chance or the freedom to plead and submit their defenses to prove the innocence of their clients. Indeed, the courts never give preference to the principle of innocence and the doubt that is interpreted in favour of the accused. They don’t give the same weight to the denial witnesses as that given to the prosecution witnesses, namely, policemen. They don’t listen to the accused or his lawyers, and act as if they were an adversary of the accused and his attorney. This is what happened recently and led to the eviction of lawyers from the court when they objected to these practices.

The freedom to plead is one of the basic criteria for the independence of the defense institution. The judge may not perform his task as required by the public interest without having the case elements spread before him. On the other hand individual rights may only be protected by providing protection for the party defending them, at least in expressing the credibility of these rights. Judges are the guardians of human rights, and they warrant compliance with the fair trial guaranties. They are also the ones who achieve justice for the oppressed, face oppression and oppressors, deter those who infringe on the rights guaranteed by law.

Bahrain Human Rights Observatory urges the Supreme Judiciary Council to stand up firmly in the face of penetration by the Executive Branch represented by the Executive Branch represented by the police into the courts of law against lawyers to the extent of preventing the lawyer from greeting his client when he meets him for the first time, or even preventing family members of the acussed, who are not allowed in to any court rooms, from greeting him. The Ministry of Justice has also put a glass barrier to isolate the accused from his attorney, prevent his contact with him, and any talk between them, and to deprive him of the right to consult lawyers, thereby placing another restriction on the lawyer’s right to have direct contact with his client as stipulated in Criminal Procedures Law where it states that (without prejudice to the right of the accused to always have contact with his defender without the presence of anybody).

Executive bodies such as the police, the National Security and the Army also interfere in the process of arrest, search and preparation of cases against political adversaries. We don’t see any of the courts taking any action to correct those practices by these bodies a fact which has turned the judiciary into a protector of these bodies implementing and following their will, and not a protector of justice and establishment and implementation of the law. This incorrect situation must by put right immediately and urgently.

To summarize the above, there is an unequal implementation of the law by the judges due to the politicized performance of the judiciary, which is aimed at punishing and deterring the opposition, protecting the responsible for human rights violations. The former Special Rapporteur concerned with the independence of the judiciary and lawyers Mr. Liandro Dissboy, stated in his report submitted to the Human Rights Council in 2009, that (“The basic principles concerning independence of the judiciary necessitate that judges are selected on the basis of integrity and competence, and any mechanism for the selection of judges must include guaranties against appointment in judiciary positions with improper motives, in addition the general and guiding principles related to the right to a fair trial and legal aid reiterate the importance of transparency and accountability in selection and appointment procedures”). He said that ((“proper training in accordance with the basic principles and various regional criteria is one of the prerequisites for selection for a judiciary position”)), meaning that the subsequent training may never be a substitute for pre-qualification for the position.

In this respect we must seek guidance from the cumulative directives of the Special Rapporteur concerned with the independence of judges and lawyers, to assess the judiciary in Bahrain, in the light that these will be an assessment based on the examination of numerous national, regional and international experiences linked to his tenure in office. Whereas Bahrain has appointed a new head for the judiciary, Bahrain Human Rights Observatory hopes that the results of the training that the state promised Mr. Sharif Bassiuni to conduct for judges to educate them about human rights principles and fair trail guaranties, will be achieved by him.

Bahrain Human Rights Observatory recommends the stoppage of the security solution and to enter into a serious dialogue, the first steps of which will be to stop the trials, release all political prisoners, revoke arrest warrants and travel ban orders, drop all charges against political adversaries who are exercising their legitimate right to express their opinions, put into practice fair trial guaranties, employee judges and public prosecutors from both sects, and train them in the protection of human rights principles and rights.