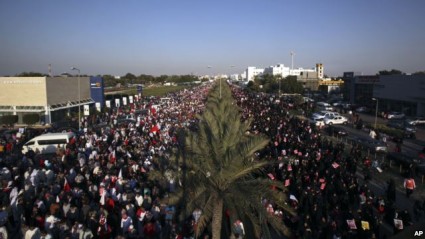 It is in response to a statement made by UN spokesperson Martin Nesirky.

“We would like to remind the Secretary General that Bahrain has been confronting, for years now, a systematic terror campaign, perpetrated by a misled group directly condoned and harboured by extremist religious figures and backed by foreign parties, which provide radical ideological indoctrination, training in the use of homemade explosives and all types of weapons, which they get through smuggling, noting that Bahrain has foiled a number of dangerous smuggling operations.

“We would like to inform the Secretary General that the February 14 Coalition, which operates outside the realm of the law on opposition societies and parties, calls for civil disobedience, disrupts citizens and residents’ interests and attacks policemen with firebombs (Molotov cocktails) and homemade explosives,” the letter said.

“We would also inform Mr Ban that this same group, officially branded a terror organisation by Bahrain, had claimed responsibility for planting booby-trapped cars in public places, which caused the death of policemen and endangered citizens and residents’ safety and security.

“The authorities in Bahrain abide, with utmost transparency, by legal procedures to maintain social security and safety,” the letter said..
…source