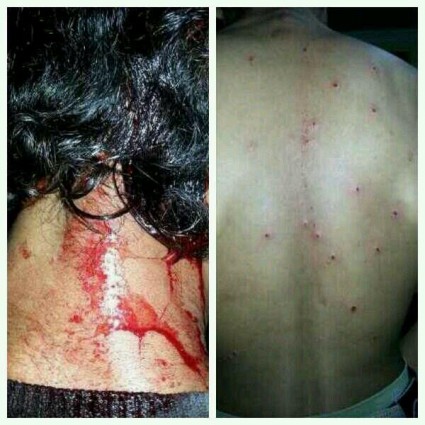 A recent meeting between Bahrain’s crown prince and opposition representatives has raised hopes that the suspended national dialogue process could be revived. The BBC’s Bill Law looks at the prospects for ending the deadlock in the Gulf island kingdom.

Afterwards, the main Shia opposition bloc, al-Wefaq, said the meeting had been “especially frank and very transparent” and studied ways to have a “serious dialogue that would result in a new political framework that shapes a comprehensive solution”.

The government meanwhile said the parties had committed to “accelerate dialogue and elevate discussion by including more senior representatives from all parties”.

The meeting was notable for at least two reasons.

The first was the prominent role of the crown prince.

Seen as a moderate in the Sunni ruling family, the Al Khalifa, he has effectively been sidelined since 2011 by hardliners who want few if any concessions to be made to the Shia majority demanding greater rights and an end to discrimination.

The second reason was the presence at Prince Salman’s side of one of those hardliners – the Minister for the Royal Court, Sheikh Khaled bin Ahmed bin Salman Al Khalifa.

The hardliners have been accused of trying to undermine the national dialogue, so it was surprising to see Sheikh Khaled at a meeting to revive the process only days after the government had suspended it, blaming the opposition for the breakdown.
‘Deep-rooted issues’

A source told the BBC that after halting the dialogue, the Khalifas had come under “intense” pressure from Western allies to get it back on track.

“The royal family needed to show the UK and US that it was doing something.”

However, the source said the opposition’s meeting with the crown prince had been merely a “branding exercise”, adding: “The hardliners are simply playing for time.”

Not long after the talks, the UK government published its response to a critical report by the House of Commons Foreign Affairs Committee.

MPs had criticised what they described as the failure of Bahrain to “quickly implement the important and practical recommendations of the Bahrain Independent Commission of Inquiry”, a review commissioned by King Hamad bin Isa Al Khalifa in 2011 that delivered a searing indictment of his government and its handling of the protest movement. …more

« Big Oils last Stand: Gathering Clouds form ‘Epic’ Opposition from Native American Alliance (Previous News)
(Next News) 20 Years of Walking Slowly – the struggle we share on every corner and village in the world »