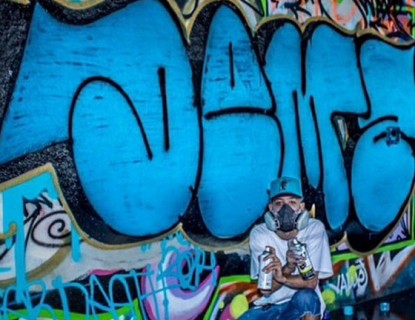 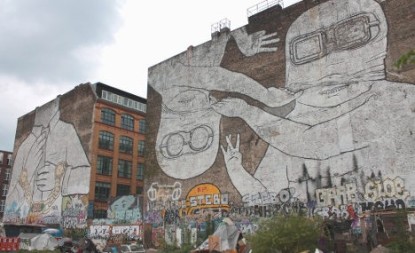 Twitter users in the capital’s Kreuzberg district reported that men arrived with cranes and spotlights on Thursday night to paint over two of the capital’s most famous street art pieces.

The street art in at Cuvrybrache in the Kreuzberg neighborhood have caught the eye of Berliners and tourists alike since they were first painted by Italian street artist Blu in 2007 and 2008.

They are often listed among the top street art sites to visit in Berlin.

One shows a headless man straightening his tie with gold watches on either wrist, connected by chains – a commentary on modern employees’ enslavement to time.

The other is of two men struggling to demask each other, one representing East Berlin and the other West Berlin, making a statement about the formerly divided city’s troubled past.

But construction plans by architectural firm Langhof and investor Artur Süsskind would tear down the buildings on which the murals are painted to build 250 apartments, a kindergarten, a supermarket and an open-air terrace facing out onto the River Spree.

The online petition, by resident Jascha Herr, wants to place the murals under monument protection. As of Friday morning, the petition had collected 4,669 signatures and seeks to obtain 5,000.

“The city of Berlin loves to promote its alternative scene – and more precisely the cultural value of its artists – but it simultaneously discards them,” Herr said in his petition. “It is simply about selling to investors, who only see personal profit in the alternative landmarks of the city. But the cultural identity of the city belongs to all of us.”