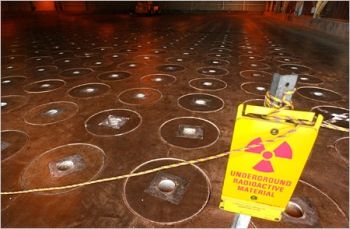 BOISE — Two former Idaho governors are furious and say their work keeping nuclear waste out of Idaho could be erased by a recent deal backed by Gov. Butch Otter.

Cecil Andrus and Phil Batt were so upset over the recent deal with the Department of Energy that they held a press conference Thursday morning.

They say the deal goes against an agreement made back in 1995, concerning spent nuclear waste at the Idaho National Laboratory.

“It’s a travesty as to what has taken place under their watch,” said Andrus.

Back in 1995, the spent nuclear fuel coming in to the Idaho National Laboratory was huge concern for many and a highly debated issue that crossed party lines.

It was that year that former Gov. Cecil Andrus’ work to keep the waste out came together in an agreement drafted by then Gov. Phil Batt, and passed by voters.

The one-of-a-kind deal between Idaho and several federal agencies said commercial nuclear waste could not be shipped into the Idaho National Laboratory.

“That agreement was designed specifically to keep nuclear waste from coming in to Idaho, they want to bring more in, it’s a total revocation of what we were trying to do in this agreement,” said Andrus.

Batt and Andrus were emotional about the letter, sent last week from Gov. Otter and Idaho Attorney General Lawrence Wasden to the Department of Energy. It expressed support for a new research project that would bring two shipments of spent fuel rods into Idaho.

“It’s going to be that they’ve created a Yucca Mountain in Idaho. That the two of them have done to this state what every other state has opposed and what we have opposed to this date,” said Batt. …more