Bahrain's Fate and Visioning it's Future

I remember meeting Sharif a few days before the crackdown. We sat at a burger restaurant, and I asked him about their main demand. He said, “The most important is to elect a constitutive committee representative of the people to write a new constitution for the country to replace the current one. Everything else is secondary.” I said, “You realize they will not accept that, and that this basically means there will be a showdown.” He looked up from his hot dog, paused, and then nodded.
“Yes, it probably does.” 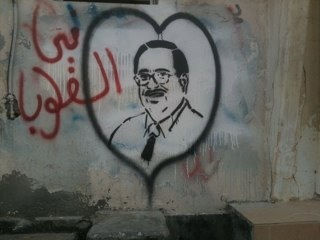 On Ibrahim Sharif and the misleadingly-dubbed “Arab Spring.”

The Arab uprisings have unleashed fraught issues around identity and national sovereignty. Within the struggles for a better future, opportunism and sectarian politics run rife. Amid suffusing uncertainty, some yearn for despotism or the old stability of Western colonialism.

Although the events have given way to many movements, activists that oppose the hydra of Western intervention, despotism, and sectarianism that confronts the Arab world are rare. Ibrahim Sharif, a Bahraini opposition figure, is a prominent exception. And, manifestly, a dangerous one: he is currently in prison, having been tortured, and facing the remainder of a five-year sentence. His plight has barely registered beyond Bahrain’s shores, but there is no better story than his to illustrate the complexity of this necessary fight.

Sharif was born on 15 May 1957, the ninth anniversary of the Nakba — which saw the expulsion of hundreds of thousands of Arabs from historic Palestine — and the establishment of the state of Israel. His birthplace was Muharraq, the second-largest island in the Bahraini archipelago, and at that time the hub of political opposition to British colonialism. Sharif’s home was in Steeshan, a lower-middle-class neighborhood deriving its name from the English word “Station,” after the old central bus station that used to be located at the top of the neighborhood.

As with most people in Steeshan, Sharif’s family came from a Huwala background — a Sunni ethnicity that populates the two coasts of the Gulf, between the colliding Arab and Persian cultures. Such movement between the Gulf’s two worlds used to be commonplace, especially in a maritime economy built on mercantilist trade, well before the drawing of borders and the advent of modern nationalities in the region.

Sharif’s family came to Bahrain in the early twentieth century from Behdeh, a small village on the eastern coast. He came from a Sayyed lineage, his family claiming descent from the Prophet Mohammed’s daughter. Sayyed families have much less resonance among Sunni discourse than Shi’a, as the concept confers much more social, economic, and religious prestige and benefits to the latter.

The Huwala are a minority in Bahrain. Some members within the other ethnic groups look on their claims of Arabness with suspicion, due to their roots on the eastern coast of the Gulf. This perspective suggests a racial view of Arabness, imagining it can only be determined by clear and unbroken lineage to a tribe from the Arabian Peninsula. This blood-based identity discourse contrasts sharply with the modern notion of Arabness accompanying Arab nationalism, which takes language to be its primary trait.

This complex historical lineage has led many Huwala in Bahrain to embrace Arab nationalist currents, and the city of Muharraq, where most Huwala are concentrated, has become that movement’s main urban center. This is common among many minorities in the Arab world. For example, Christians and Alawites also disproportionately fill Arab nationalism’s ranks. The ideology has been presented as a unifying, non-sectarian, non-racial force that could guard against the tyranny of the majority and facilitate development in societies prone to sectarianism and ethnic divisions. …more