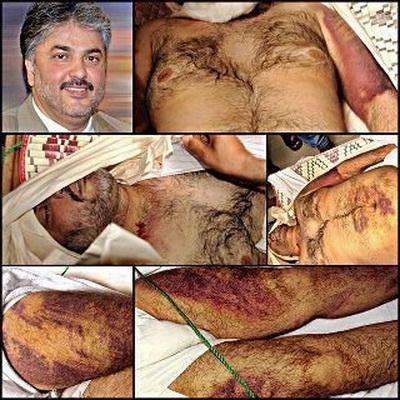 Manama, Feb. 14. (BNA) – The National Institution for Human Rights (NIHR) has welcomed the visit of the delegation of the UN Office of the High Commissioner for Human Rights (OHCHR) to Bahrain next Wednesday, and called upon all concerned ministries and NGOs to cooperate with it in order to assume its duties.

This came as an NIHR delegation, led by NIHR Deputy Chairman and Chairman of its Complaints, Monitoring and Follow-up Committee Abdulla Ahmed Al-Derazi, currently on a visit to Geneva to take part in discussing Bahrain’s third report before the 75th meeting of the Committee on the Elimination of Discrimination against Women (CEDAW), held a meeting with a number of OHCHR officials.

Al-Derazi said that the meeting was in line with NIHR’s keenness to cooperate and communicate with international human rights bodies, especially those of the UN, in order to enhance efforts to protect human rights.

He affirmed that the NIHR is looking forward to consolidating its cooperation with those bodies in order to benefit from their expertise to enhance its achievements in the human rights field.

He briefed the OHCHR delegation about the role and work mechanisms of the NIHR.

Members of the OHCHR delegation expressed keenness on enhancing cooperation with the NIHR, praising its role in promoting and protecting human rights in Bahrain. …source