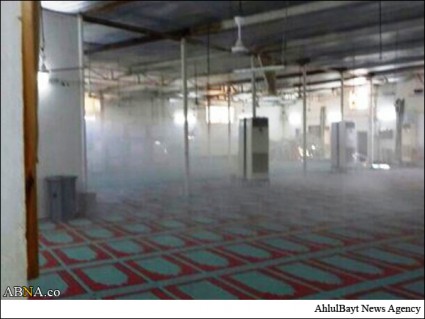 Sheikh Maytham Alsalman, head of the religious freedom department, said that this attack is a clear evidence of the sectarian hatred spread in the official bodies and called on the international community to contribute effectively to stop the continuous and systematic violations on the mosques registered in the Jaffaria Waqf Directorate.

Alsalman said, “The religious and prestigious status of Imam Sadeq Mosque for the Bahraini Shia is obviously great; while it’s the Grand Mosque that handles the greatest Juma Prayer. Attacking the mosque with tear gas and blockading is an assault to the whole Shia denomination.”

Alsalman called on the international organizations to continue applying pressure on the authorities to stop the repetitive attacks on the mosques and Shiite worship houses; as the religious freedom department has recorded 6 violations on Shia Jaffaria mosques since the beginning of 2014. …more