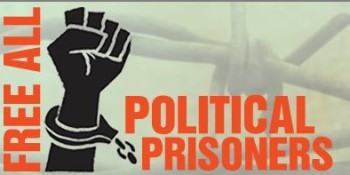 Isa Haider Alaali is a 19 year old who has spent ELEVEN months in prison, six in Bahrain and  five months in Harmondsworth and Campsfield
Detention Centres.

If he returns to Bahrain he will be in the terrible Jaw Prison, with severe overcrowding and abuse and little food or water. He will be tortured as he REFUSED to become an INFORMER. The Khalifas are putting pressure on the British Government to stop activists getting asylum in Britain. 108 have got asylum since February 2011 out of 185 applications with 20 pending.

We got a last minute APPEAL against his Deportation on 21st May 2014.

Isa was detained and tortured three times for a total of six months after attending a peaceful demonstration in Bahrain and sentenced to five years’ imprisonment on 23rd March 2014.   He arrived in U.K. on 14th February 2014 and applied for political asylum immediately. He was sent to Harmondsworth Centre under the Fast Track Scheme and was there for five months. He is no longer under the Fast Track Scheme and is now at
Campsfield, Kidlington.   He had NO ACCESS TO A LAWYER FOR THREE WEEKS and only saw his lawyer a day before his first interview. So he had no chance to prepare his defence, or know that he needed to translate his documents.

– 11th March, his application for asylum was refused although the Home Office HADN’T SEEN A TRANSLATION of his DOCUMENTS.

-14th March – appeal to  the Upper Tribunal.   24th March, the refusal is quashed. at the First Tier Tribunal.  Home Office  challenges the authenticity of the documents, still not translated.

-24th April – The Appeal was refused but Judge recognises importance of the new documents.

Isa was due to be deported to Bahrain on 22nd May. The Immigration Official brought DEPORTATION PAPERS FOR ANOTHER DETAINEE! My M.P. Zac Goldsmith, who has been supportive of Isa’s case followed this up, but the Home Office deny it.

A last minute appeal on the evening of 21st May at the  High Court stopped his deportation.

He has had TWO BAIL HEARINGS which were postponed because the surity was on a business trip and then the lawyer did not tell the surities what documents to bring! Asylum seekers are allocated a lawyer, however inefficient or over worked and can’t change him.

The Harmondsworth Detention Centre video, through which  the asylum seeker talks to the court was NOT working.

The U.K. Government supports the Bahrain regime  and tried to stop an Opposition Resolution being passed at the Geneva UNHCR meeting in June on the grounds that “reform” is taking place.   An Interim Statement on Bahrain’s Human Rights abuses was signed by 48 countries. A list of 1400 high priority prisoners, children, women and the sick and injured was presented to the Bahrain Crown Prince nearly three months ago,  but nothing has happened.

This case reflects badly on the U.K. Government,  the Immigration System and the country. Isa has been denied his chance for a fair hearing
through incompetence and lack of concern.

Please contact Theresa May, your MP or US Congress Person about his case.