SHAFAQNA – 9 Bahraini human rights organisations along with human rights activists in Bahrain have launched a campaign for the release of Bahraini blind detainee Jafar Matooq, who is in urgent need of treatment.

This campaign was launched because of the deteriorating situation in Bahraini prisons in terms of the treatment provided for prisoners, as many of them live in therapeutic crisis and neglect of their health.

The right to receive treatment is guaranteed by international charters and conventions, as it is a fundamental human right. The government of Bahrain ratified the International Covenant on Civil and Political Rights, which states that receiving treatment is a right of each person just as the other residual rights enshrined in the Covenant.

Participating organisations see that the human rights situation in Bahrain has reached a very dangerous level at all aspects in a way that the institutions of civil society and human rights organisations are not being able to take care of each individual case despite the fact that many of the victims of the Government are suffering as a result of the systematic persecution. Therefore, a group of human rights and civil society organisations, activists and bloggers in Bahrain and abroad initiated a step to adopt the case of a blind detained Bahraini citizen Jafar Matooq, through a human rights media campaign that will include several events, which will be announced soon. Hoping that this will be the beginning of a continues work on similar cases in order to get the victims their right, and to not let them convert to numbers in the escalating list of human rights violations.

The victim Jafar Matooq, lost both eyes in a painful unclear accident, and was sentenced to 10 years in prison without questioning and with no genuine charges, as he was receiving treatment in the hospital. A court decision was issued for him to be viewed by an eye specialist to examine the extent of his health. This decision was issued in May 2014; however, it has not been implemented yet, which forced his lawyer to submit a complaint against the Criminal investigations unit. This campaign is to demand his release and the necessity of granting him the right to treatment that is available outside of Bahrain to work on recovering his eyesight before it becomes too late.

The involved organisations hope for an extensive interaction with this campaign including its programs and events to succeed and to establish a collective action to defend the victims and try to let them receive their rights and to stop the injustice actions against them. The organisations indicates that the campaign is to be launched on the 19th of August, 2014.

Michael Brown Killed 9 August, 2014 – will they ever learn, No Justice, No Peace 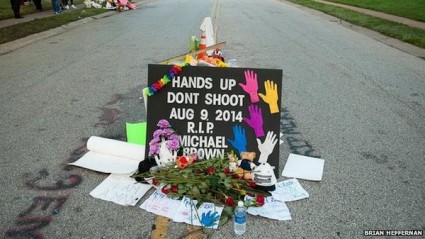