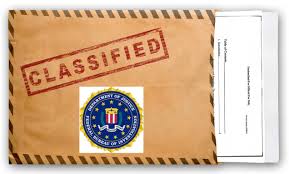 A federal judge Monday ordered the FBI to conduct a more thorough search of its vast files to identify documents about its once secret investigation of terrorist activity in Sarasota prior to 9/11.

Fort Lauderdale U.S. District Judge William J. Zloch’s order also rejected a request by the Department of Justice to throw out the Freedom of Information case filed by BrowardBulldog.org in September 2012. Justice has argued that the release of certain information about the matter “would reveal current specific targets” of national security investigations.

The suit alleges the government has improperly withheld information about a local Saudi family’s apparent connections to terrorists, including 9/11 hijack pilot Mohamed Atta and Adnan Shukrijumah, the former Broward resident and alleged al-Qaeda figure who has a $5 million federal bounty on his head.

“This is a huge step in the right direction,” said Miami attorney Thomas Julin, who represents the 4-year-old news organization. “The decision tells the FBI that this federal judge wants to make sure that the truth comes out.”

In his four-page order, Zloch said he would issue a separate order detailing steps the FBI must take to comply with his order requiring the additional records search.

BrowardBulldog.org asked the court in July to compel the additional document search. The suit was filed after the FBI denied the news organization’s record requests under the Freedom of Information Act.

Six months after the suit was filed, the bureau unexpectedly released 35 heavily redacted pages, including four pages that were completely blanked out, and asserted it had no more responsive documents to produce. The declassified pages contradicted earlier public statements by FBI agents in Sarasota and Miami that the decade-old investigation had found no evidence of terrorist activity.

In his order, Zloch noted the government has provided him with un-redacted copies of those pages “for the court’s inspection.” Whether that information played a role in the judge’s decision is not known

The Miami Herald and the Sarasota Herald-Tribune, in a friend-of-the-court brief filed in support of the lawsuit last week, argued to the court: “The Broward Bulldog has provided this court with ample evidence establishing that the FBI could not have possibly conducted adequate [record] searches.” …more