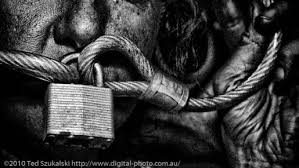 Saudi Arabia has arrested three people who had criticized corruption in the country and called for an improvement in their living standards in online videos.

Activists said on Sunday that the Saudi authorities arrested the three on Saturday.

A young man, who identified himself as Abdulaziz Mohammed al-Dosari, posted a 30-second video on video-sharing website YouTube, saying that he earns a low income and does not have a house or a car.

“We are fed up, and you still blame those who carry out bombings,” he said, asking Saudi King Abdullah to spend money in the country to improve lives.

“Give us our money… We do not want to beg… You and your children are playing with this money,” he added.

The second video was posted by a man who said he was named Abdullah bin Othman. He said in the video that “corruption is widespread” in the kingdom while people “are hungry and oppressed.”

Othman called on people to post their comments online so that “our voices could reach the king.”

In the third video, a man, identifying himself as Saud al-Harbi, said that many people need “housing” and “a decent life.”

“Please listen to us. We want housing, we want a decent life. Do not force people to take to the streets,” he said.

Earlier this month, an online activist was jailed for 10 years after being convicted of ‘insulting Saudi leaders’ and calling for anti-regime demonstrations.

Riyadh has strictly banned any gatherings across the kingdom.

Activists say there are over 30,000 political prisoners in Saudi Arabia. …more