Playing Opponents as Gamecocks in a Fight, Obama, Putin, Steal Sovereignty of Nations 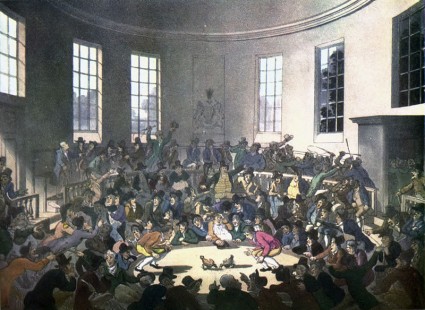 The phone call came at a prickly time in US-Russia relations with both sides at odds over Ukraine, Syria and other issues, but also after Obama took pains to reject the idea that a new Cold War-style confrontation was brewing.

A senior US official described the call as “constructive,” but also warned that the agreement reached in Kiev between the government and top opposition leaders was “very, very fragile.”

Putin and Obama agreed that the Ukraine agreement needed to be swiftly implemented and that all sides needed to refrain from violence, as they also pressed for the need to stabilize the economy.

The call touched on other issues as well, including Syria, where Russia backs President Bashar al-Assad, and the Sochi Winter Olympics.

Washington had offered staunch support for protesters in Kiev, demanding political concessions from the Moscow-backed government of President Viktor Yanukovych and had warned of “consequences” if violence, which has killed 100 people, did not stop.

The White House gave an initial welcome to the deal and praised European Union diplomats who helped to broker it. …more