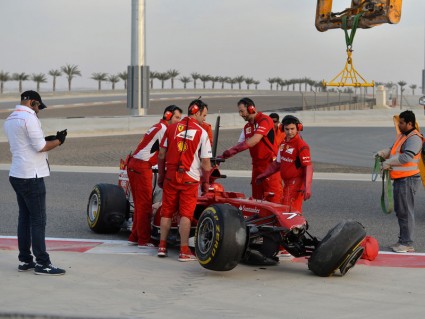 That this House opposes the staging of the 2014 Bahrain Grand Prix due to ongoing human rights violations in that country; notes that Human Rights Watch’s 2014 World Report highlighted that Bahrain’s human rights record regressed in key areas in 2013 drawing particular attention to arbitrary detention, ill-treatment and torture of activists, prosecution and harassment of government critics and a failure to hold those guilty of human rights abuses to account; expresses deep concern that in previous years Bahrain has implemented a severe crackdown before and during the Grand Prix, restricting freedom of movement of persons in the country, detaining and deporting foreign journalists and conducting mass arbitrary detentions in towns close to the Formula 1 circuit; recalls with concern that previous Grand Prix have coincided with the extrajudicial killing of protester Salah Abbas in 2012 and the arbitrary imprisonment and alleged sexual abuse in custody of protester Rihanna al Mousawi in 2013; further expresses disappointment at the continued failure to hold security forces to account for these abuses, as well as the arrest, detention and torture of 27 employees of the Bahrain International Circuit in 2011; and urges the Government to make strong representations to try and prevent the 2014 Bahrain Grand Prix from going ahead. …more