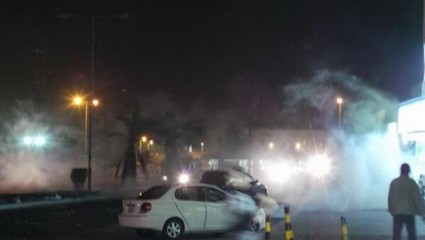 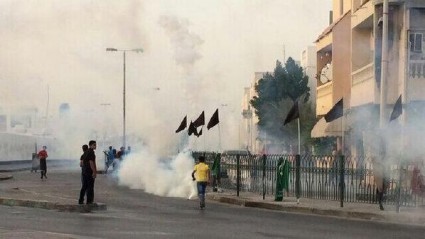 Three years after Bahrain joined the Arab Spring uprisings in the Middle East, human rights defenders are left wondering when the Obama Administration will put action behind its flamboyant 2011 rhetoric about rights, freedom and the rule of law. Those who took to the streets in the small Gulf kingdom on February 14 that year, today are left wondering if President Obama had Bahrain in mind when he proclaimed “[H]istory is on the move in the Middle East …wherever people long to be free, they will find a friend in the United States,” or when he stated, “…we cannot hesitate to stand squarely on the side of those reaching for their rights, knowing that their success will bring about a world that is more peaceful, more stable and more just.”

To many people in Bahrain, President Obama’s words are undermined by the United States’ decision to send shipments of arms to the regime that represses them, as well as by the administration’s failure to bring any sanctions against senior Bahraini government officials deemed responsible for the torture of dissidents, including several deaths in custody, over the last three years. And while State Department emissaries have been on hand to monitor a series of trials widely considered unfair, they do little more than sit on the court benches witnessing injustice as it happens. Their silence is as deafening as it is telling.

insight hrf INSIGHT: Bahrain Uprising – Three Years In, Still No Way OutThe Bahraini regime’s pursuit of stability through repression obviously isn’t working, daily adding complexity and human suffering to an already volatile situation. On February 4, 2014, the King of Bahrain issued a new law (yes he can do that) clearing the way for jail terms for “any person who offends publically the Monarch of the Kingdom of Bahrain….” The actual length of the jail terms envisioned by the law is actually unclear as the English version of the law’s announcement specifies two years, the Arabic version – seven. Such flagrant stifling of dissent only adds to a general instability on the Gulf island.

The International Monetary Fund has warned that Bahrain’s “economic outlook depends on progress on the political front, and is subject to oil price risk… [and that] Bahrain’s fiscal break-even point has reached critical levels,” leaving the kingdom “vulnerable to a sustained decline in oil prices.” Future easing of oil sanctions against Iran is likely to drive prices for the commodity down even further, putting additional strain on the kingdom’s economy
reu bahrain dooley2 300 12feb14 INSIGHT: Bahrain Uprising – Three Years In, Still No Way Out

A protester holds a leaflet drawing attention to the case of an imprisoned photographer, at an anti-government rally in Budaiya, west of Bahrain’s capital, Manama, December 13, 2013. The leaflet reads in part: “Silence Kills Democracy.” (Reuters)

Bahrain’s government, meanwhile, insists it is committed to reform, pointing to a revised police code of conduct introduced in March of 2012, and the establishment of an ombudsman’s office. But it is hard to see what impact these reforms are having. Public protests are growing increasingly violent, leaving people dead on both sides. Bahraini authorities say over 2,300 police personnel have been injured and nine killed since the protests began in early 2011. Still today, there are nearly nightly demonstrations that often end in skirmishes between ill-trained police officers armed with tear gas and birdshot, and younger protesters hurling Molotov cocktails. …more